Over 100 Years of Reliable plumbing, heating, and cooling Service

About Our Team Based in Berkeley, California

L.J. Kruse Co. is a family-owned business celebrating a century of plumbing, heating and cooling in the Bay Area. We offer an extraordinary range of services, including commercial construction, engineering, BIM (Building Information Modeling) and a dynamic service and repair division. Our firm operates from a modern LEED Gold facility in Berkeley, California.

Our skilled union craftsmen pride themselves in meeting the technical challenges of new commercial construction and delivering quality repairs and maintenance to residential, commercial and industrial clients. Our focus is on plumbing and piping, but we also service and install residential and commercial heating and cooling systems.

The firm is currently managed by:

Founder Louis J. Kruse was the son of a German immigrant who came to California to mine the gold fields of the Sierra foothills. Louis was born in Grass Valley in 1889, and when his father died a few years later in a mysterious mining accident, the family moved to San Francisco. Growing up in the city, Louis enjoyed working with his hands and studied gas fitting at Lick-Wilmerding, which was then a trade school.

After the great earthquake of 1906, Louis realized the vast potential for tradesmen in the East Bay and moved to Oakland. He built a home in the Rockridge neighborhood. In 1916, he opened his plumbing shop on College Avenue. After his death in 1946, his son, Edward H. Kruse, directed the fast post-war growth of the company.  David Kruse, now Chairman of the Board, served as President from 1986-2015.

The firm now works in all five Bay Area counties and is managed by third and fourth generation leaders Andy Kruse, Nathan Kruse, Ben Kruse and Will Kruse.  “We need youth and the energy it brings” Andy Kruse says. “When our grandfather was young, he had a vision and this next generation does too."

Andy is a graduate of UC Berkeley BA 1978. He oversees companywide operations, including estimating, project management, service and finance. He’s a past member of the Board of Directors Mechanical Contractors Association of America and has worked with L.J. Kruse Co. since 1985.

Nate directs companywide operations including estimating, project management and field personnel. He has 30 years’ experience in the plumbing and piping industry and is a member of the Northern California Mechanical Contractors Association and a license holder for C-36, 16, 4 and 20. Nate is also a past member of the UA Local 444/342. He’s been with L.J. Kruse Co. since 1989.

Ben graduated from the University of Vermont in 2009. He is a Journeyman plumber that completed the Local 342 plumbing apprenticeship in 2016. He has been with L.J. Kruse Co. since 2011.

Will Kruse is a graduate of Boston University and is currently enrolled in the Local 342 Union Plumbers apprenticeship. Working in the field full-time and going to school at night, he is on track to graduate from the apprenticeship in 2021. Will is currently working on new construction and remodeling projects around the Bay Area. 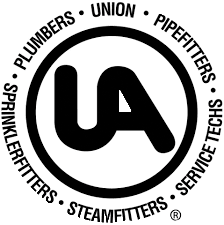 A century of service